A liberal sprinkling of holidays throughout the year..


Malaga has fourteen public holidays each year, many of which are the setting for spectacular and colourful Spanish traditions like the Three Kings Parade in the new year, or the epic Malaga Feria in August. Some businesses and even public services and buildings may also take a 'puente', which is a bridge between a weekend and a nearby holiday. This varies, and is discretionary although very common. It doesn't however tend to affect tourist services, restaurants and entertainment. On the contrary, you can expect greatly increased levels of activity around these times. 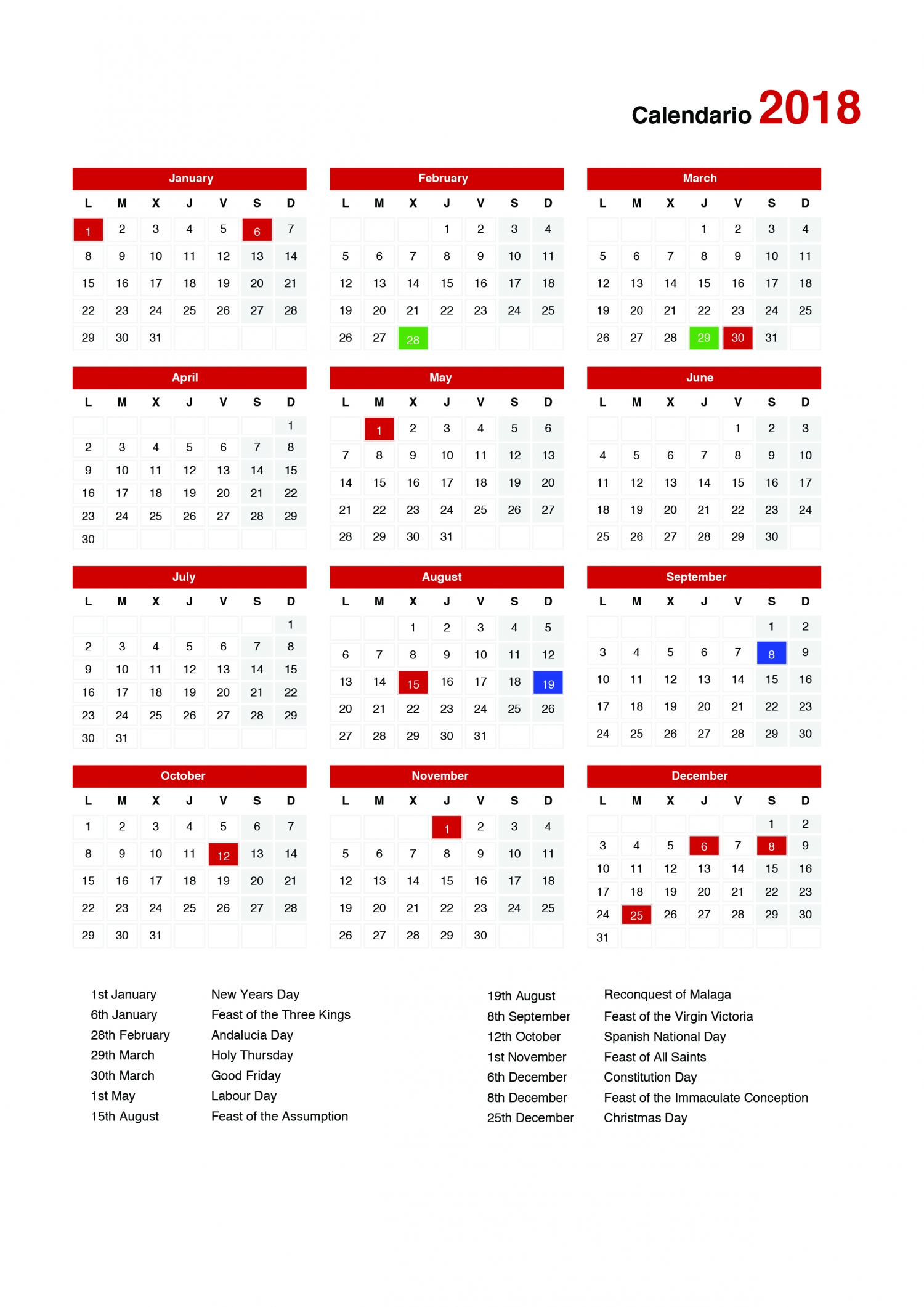