The Tour of Spain kicks off in Malaga!

The Tour of Spain cycle race, 'La Vuelta de España, is one of the big three in professional cycling along with the Italian Giro, and the daddy of them all, the Tour de France. It is a three week stage race that travels around the baking countryside of the Spanish summer. Often, the opening stage of the race is an individual race against the clock. This year, excitingly, that race takes place in central Malaga, starting at the Pompidou Centre. If you haven't seen the enormous colourful circus that is a cycling grand tour, then you should, there's nothing quite like it. On Saturday 25th August, central Málaga will be a carnival of all things cycling. The city centre will be all but shut down to traffic, but there will be many places to see the action from on foot. If you are a cycling fan, its your chance to get a close up look at the great touring circus, the cars loaded with bikes, the coaches, and the all the panaloply of the race with it's motorbikes, TV cameras, promotional activities and colourful atmosphere. In Malaga, there will be fan zones and events, exhibitions and promotions, it will be a carnival of cycling, and equally fun for the cycling obsessed as much as the curious and uninitiated. 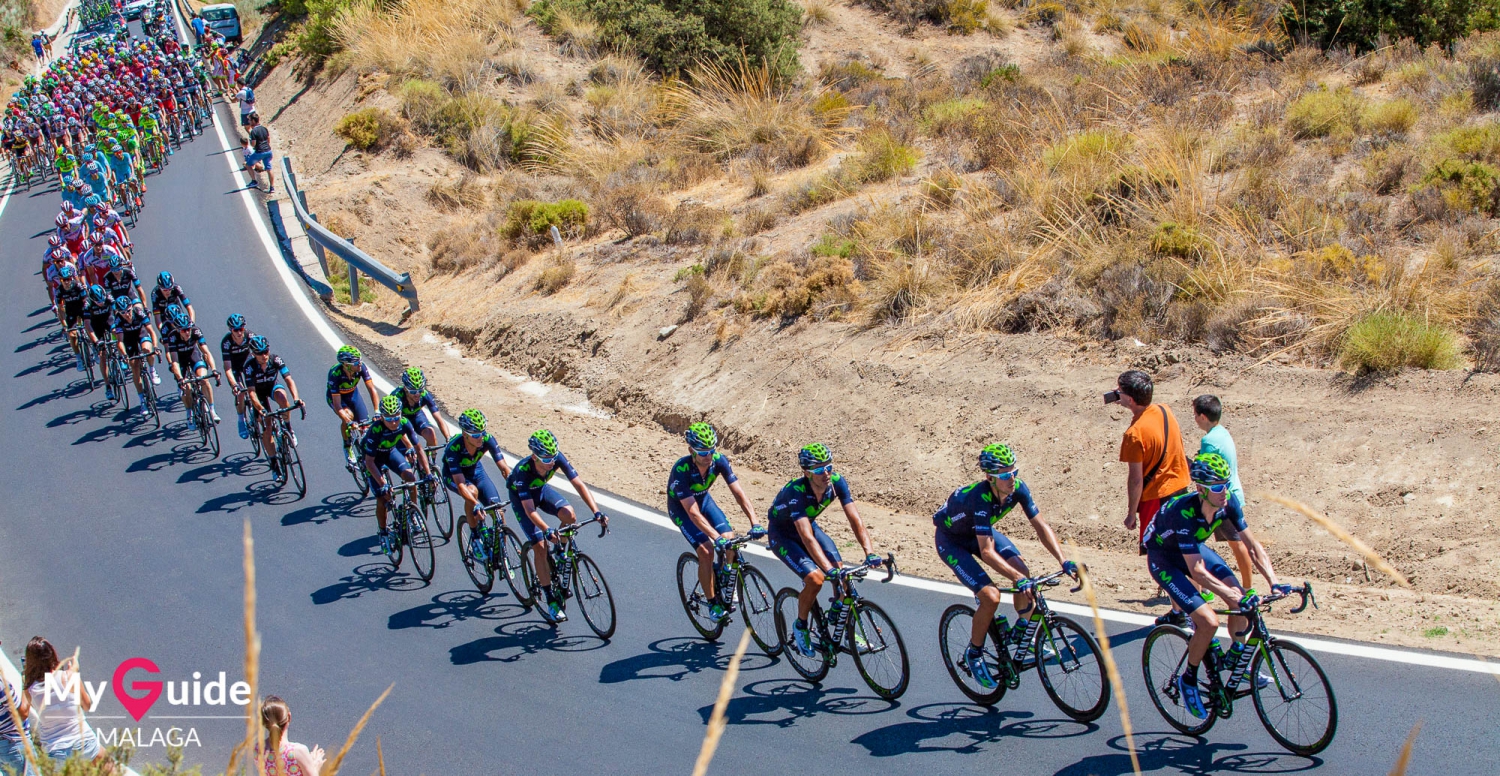 This years race comes hot on the heels of a controversial Tour de France, where the dominant Sky team ran a gauntlet of French animosity and public suspicion. The shadow of doping  and dirty tricks still hovers over the tour, and the Sky team stand accused of, at the very least, gaming the rules a bit. Last year's winner, Chris Froome, went on to win the Giro, making it three grand tours in a row, and is poised to possibly clinch a record breaking fourth at the Tour de France as I write. Will it be possible to capture an incredible fifth in Spain?

While a time trial means the race is drawn out over several hours, with plenty of opportunities to get close to the action, it's not as spectacular as watching a whole peloton pass by, or seeing the climbers racing up a steep mountainside. Incredibly he tour stays in Malaga province for a further three days! So if you have a car, and a map, you can catch the race going through some great action spots on some of the climbs. There is an uphill finish in El Chorro on Sunday which makes for spectacular viewing, as you can see from the photos below, when the tour visited the very same mountain. That morning you can catch the roll out in Marbella, and on the Monday morning it rolls out of La Cala de Mijas, which also happened three years ago. The roll out is a great moment to get close to the bikes, cars, and see the sign in of all riders. Monday sees the race roll out of Marbella, up the long high Ronda road, back round through the hills, through Mijas Pueblo, and finishing outside the city in Alhaurin de la Torre. That's a lot of opportunities to catch the race in some iconic countryside.

It also means not a little traffic disruption around the province, so be aware! If travelling to view the race, check local traffic reports and be sure to set out at least a couple of hours earlier to escape road closures. Indeed the race looks set to travel along the coastal N340 on Monday morning, the effect of which will not be pleasant on local traffic.