You might imagine a carnival to be something that only happens in the torrid tropical climes of Rio or Trinidad, where masquerade dance troupes accompanied by samba drums or steel bands dance long into the night. Or some arty street performance for tourists in Venice. But it's actually much more universal than that, and Málaga's carnival enjoys a five hundred year old tradition. The common link of course, is Catholicism, but like so much in the Catholic church, its very existence was a result of the co-option of much older pagan and popular folk rituals. The Málaga carnival has a direct descent from the fiesta del obispillo which started in 1504. This was an event whereby one choirboy in the cathedral choir was given licence to conduct the liturgies of the church in whatever satirical way appealed to them and the people. The congregation attended wearing masks and disguises, and the event ran for nearly fifty years before being outlawed because of the riotousness and scandal it provoked. Such an event doesn't pop up in isolation out of nowhere of course. The town of Palencia has a similar festival going back to 1220! Carnival's origins are much older however, founded in the wild parties to celebrate Bacchus, the god of wine and partying in ancient Greece. The Romans brought that to a wider audience, along with much dressing up and masks, which both cultures used in the theatre. 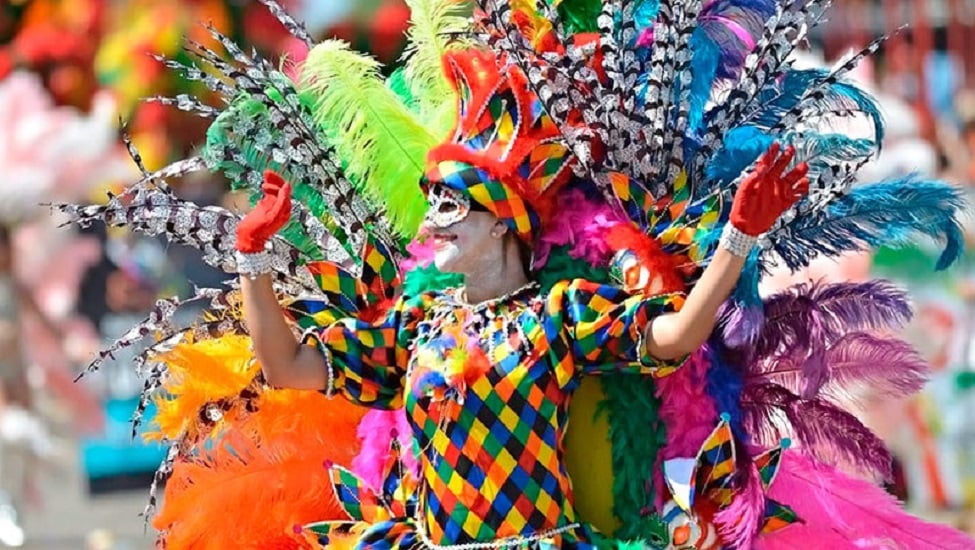 The word carnaval derives from Italian, and means literally to stop eating meat. This was the demand of the church for forty days before the feast of the Christ's resurrection. The carnival has been celebrated for hundreds of years as the prelude to the denial and privation of the fasting in medieval Catholic Europe. Another essential element of medieval culture that crept into carnival was the satirical element. The court jester, the bouffon, the grotesques, traveling circus freaks: these misfits of medieval society occupied the position of satirists and critics. They were tolerated by the authorities and sanctioned occasionally to ridicule and lampoon the very same authority of church and king, providing a release valve for the social resentments of the times. This is exactly what the choirboy in Málaga was doing with the approval of the bishop until that too was repressed.

To this day the typical carnival of Málaga, and especially in Cadiz to the west, is a carnival of costumed bands of musicians called chirigotas, who compose and perform highly satirical and irreverent songs aimed at the powers that be. These competitions are accompanied by a parade of a vast boquerón, which is carried to the Malagueta beach and burnt. This is a ceremony directly descended from very ancient pagan rituals. 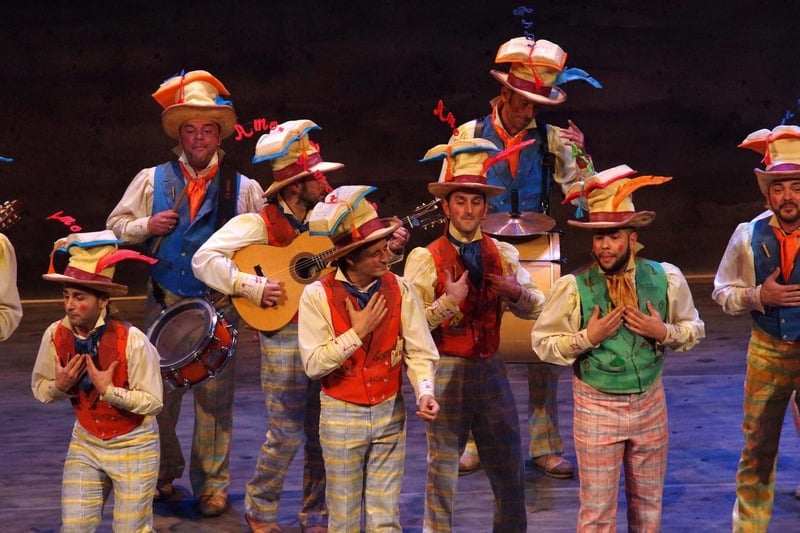 Carnival runs in Malaga this year from the 23rd of February. The performances of the bands of chirigotas competing for best song are well underway and the grand final is held at the Cervantes Theatre. On the 24th start various events to elect the carnival Kings and Queens, and drag queens even, and the following week will see the old town filled with bands of chirigotas performing in the streets, masked people processing and partying, and culminates on the following weekend with further processions, singing contests, masked participants all over the city, and the procession to the Malagueta to bury the Boquerón. Unless you are very fluent in Spanish, much of the satire and humour of the songs will be lost on you, but the costumes and the energy on the streets is still worth the experience, as are the various processions. There are constant events taking place around the Plaza de la Constitución and in other smaller squares in the old town.

Few places in Europe, Asia or North America have anything like this, as it is directly connected to the Catholic practice of Lent. It isn't anything like Rio de Janeiro either, though that's not to say the processions aren't impressive and the costumes dazzling. This is a very Andalucian type of Carnaval, unique to this part of the world, right down to the giant Boquerón! 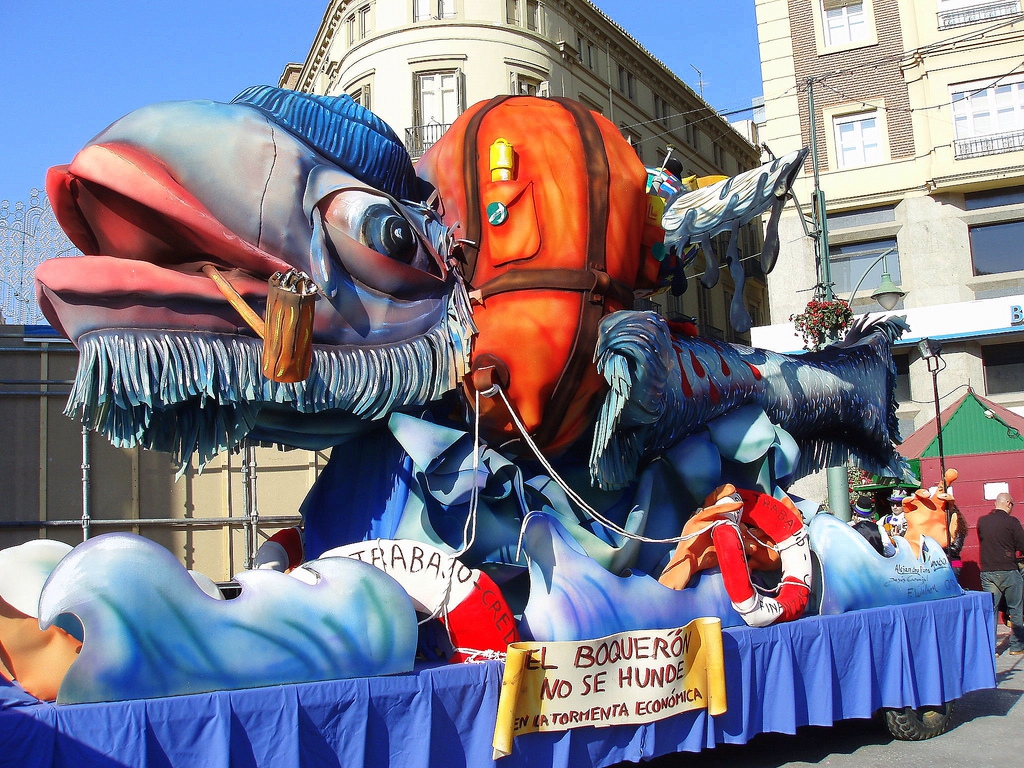